Tell me, how are you watching TV these days?

Are you sitting to attention with your elbows on your knees, mouth slightly open, prone to little gasps or jumpiness any time an actor delivers a career-defining speech?

Or are you reclining – tongue lolling, eyes unfocused, with a laptop on your knees? Half an eye on the telly, half an eye on your phone, three-quarters of another eye on the tax return you’re completing online, and the other two-fifths of the remaining eye (er… sorry, carry the three, minus seven… it’ll do) turned inward, replaying the memory of an excruciating conversation you had with your boss earlier?

Well, Mostly The Latter. Why Do You Ask?

The smartphone and tablet revolution have created a whole new consumer of entertainment, known in the industry as People Who Don’t Really Care Whether It’s Any Good Or Not. This is because we are now so often only half-watching or reading something, while browsing for online treasures such as ‘5 Barely-Related Things I Put Together To Chuck Out A Blog Post’ or ‘how to get blood out of sacrificial robes’.

But just because some entertainment doesn’t monopolise our attention, or even hold it for any period long enough to ascertain whether it’s mildly offensive crap or complete crap, doesn’t mean there isn’t a huge demand for it. 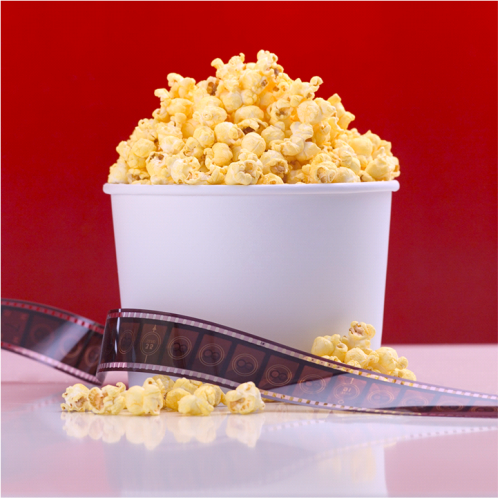 I myself demand TV programmes or online content which, given due consideration, would cause an acute attack of cynicism because of its cheesiness, sloppiness, or stupidity.

This is because I need something non-taxing to get me through tasks which are otherwise too boring to be done in isolation. Such as sewing buttons on things, formatting accounts, colour-coding my sock drawer, or peeling the pith from individual segments of Satsuma.

Even as I turn on the crappy stuff, I’m thinking ‘this is awful shite. But I can watch it with my back turned while I cook dinner’.

I happily arse around online while on another screen, vacuous women in New York try on ridiculously expensive wedding dresses. Or add images to blog posts, while obscenely rich airheads in California talk about the stress of having to turn up at nightclubs.

I still watch the clever stuff. I generally record it to savour later, thinking ‘I cannot miss this. The Guardian are doing an entire supplement on it. This is the cultural event of the year/decade/lifetime’. But two months later, this stuff is generally still sitting on my tellybox, festering in its own cultural importance. I get around to it eventually, but it takes a long time for me to commit.

I can relax with TV-lite, because I’m able to follow the action without following it. And TV can relax, too, because awful plot crimes get forgiven when I’m preoccupied.

Predictable, soapy bitch bonanzas are perfect for watching-not-watching. I can answer blog comments while glancing at the TV for the only 90 seconds in a 30-minute reality show which require my actual eyes.  And I can ignore the vomitous sentimentality of orphan-juicing costume dramas while I make lists of people who will be manning the central sewage treatment plant when I am President Of The World.

The beauty of this, for the marketeers, is that I’m just as susceptible to advertising during crappy TV as I am for the award-winning stuff. Possibly more so, because I’m not so focused on fast-forwarding the ads.

But Somebody More Important Said Otherwise

Some cultural commentators would have us believe that subscription TV raised the game to the extent that it made things difficult for new writers. We can’t just be good, now, to rise to the top. Our work must be ingenious. It must be awe-inspiring. It must have Walter White using 1960s advertising motifs to show us what it means to be flawed humans winning big in big politics. It should employ timeless language, using old words in new ways, and defy genre conventions. It should be a publicly-declared classic within two weeks of release.

And to top it all off, we are supposed to be doing everything mindfully these days too. The stress of multi-tasking is apparently shaving years off our lives. We are perennially having to go back home to check if we left the oven on, because we aren’t concentrating on any routine tasks. After all, it’s just a short leap from browsing the internet while watching television, to winding up on the edge of a cliff, naked, realising we haven’t seen the kids since we idly decided to cross the motorway on foot.

Could I Get To The Point, Please?

I want to say a big ‘Yay’ to crappy TV. To the pot-boilers; to the predictable crime dramas, and to scripted reality. To precocious soapy children, and to mind-numbing happy endings.

No matter what they say, about how wonderful it is that we’re living in the golden age of TV, and how much less dumbing-down there is today in comparison to ten years ago – there is always going to be room for more TV-lite. Because life is not a taut allegorical classic. Life is the reality show we snuggle our smartphones to.

How do you feel about crappy television? Where does it place in your life?

← Why You Should Never Live With An Unreliable Narrator
Pairing Your Book To Your Overall Look: A Fashion Special →

65 comments for “In Defence Of Crappy Television”

© Tara Sparling, 2013-2020. Unauthorised use and/or duplication of this material without express and written permission from this blog’s author is strictly prohibited. Limited excerpts, original images and links may be used, provided that full and clear credit is given to Tara Sparling with appropriate and specific direction to the original content.
Lookit. Would you ever just go and make up your own stuff, if you’re able.