The other day, I tried a little experiment, and attempted to browse Amazon as though it were a good old-fashioned, bricks-and-mortar bookshop. It didn’t end well. It’s a miracle that my laptop survived the experiment, given my frustration.

Most bookshops I know, whatever the size, broadly have 3 sections for adult fiction: ‘Bestsellers’, ‘General Fiction’, and the perennially popular* ‘Crime’.

The bigger bookshops, in this country at least, might have further sections for ‘Sci-Fi/Fantasy’ or ‘Irish Interest’: but broadly, and for decades, booksellers simply used to separate ‘Fiction’ from ‘Non-Fiction’ and ‘Children’s’.

My experiment on Amazon went broadly as follows: first I stupidly thought I’d browse through ‘Bestsellers’. But Amazon said ‘No’. Amazon decreed that I couldn’t merely browse by ‘Fiction’ bestsellers from their home page. There were only 5 Fiction bestsellers available on the landing page, and no option to click through to a longer list.

With some effort I eventually found the top 100 ‘Bestsellers’, which included all non-fiction and children’s titles, meaning I was presented with a massive pile of gimmicky recipe books from half-baked celebrities, along with 23 books about 11-Year Old Boys (Not Girls) Who Save The World.

I persisted in looking for adult fiction, but found that all fiction lists are categorised on a genre basis, so trying to drill down further meant I was forced to branch off into ‘#1-20 in in Police Procedural’ ‘#1-599 in Paranormal Romance’ or ‘#1-10 in Family Sagas’ rather than just the Top 100 in straight ‘Fiction’. Merely browsing for ‘Fiction’ itself, regardless of how it was selling, required at least 3 clicks, and 377 points on University Challenge.

We now live in the Amazon Era (as distinct from the Mesozoic, Protorezoic, or that time when everyone for some inexplicable reason wore flared trousers). This is the era when readers are no longer allowed to browse aimlessly and come across something unusual. We are no longer allowed to not know what we want, and get a nice surprise. Now we have to know at least the class of thing we want, in order to get some sort of lame and derivative version of it.

Yeah, Whatever, But What’s Your Point, Tara?

When I think back to how I bought books 10 or 15 years ago, I generally went straight for the discounted 3 for 2 tables, and picked up a cover or title which caught my eye. Then I read the blurb on the back. Then I made a decision. I often went for the quirky or unusual. Sometimes it was an author I’d enjoyed before. But I never bought on the basis of genre.

I have to conclude that Amazon doesn’t want us to breeze into their online store and look for something random and unique which could knock our socks off. Their algorithms not only don’t encourage it, they actively discourage it. Instead, Amazon forces us to decide our next read by genre, before we’ve even looked.

The thorniest issue for authors has always been discoverability. Discoverability can mean the difference between a long writing career and a short-lived angstfest which leaves a nastier taste in the mouth than chocolate cake served with politics and a side of bombs. For an author’s career to flourish, at least one of their books has to be discovered by thousands, rather than hundreds, of readers.

So what does an author do, when the genre of a book determines their discoverability? Does it change how they write?

I say the answer is: yes, of course it does, if they want their books to sell.

Ooh, Big Claim, Tara. Bet You Can’t Back It Up

Let me ask you a question: How many books have you seen in the last six months which are apparently ‘gripping’ with ‘a ‘shocking twist in the tale’? How many books feature a frightened woman or her shadow on the cover, promising you a psychological thrill worthy of standby underpants? 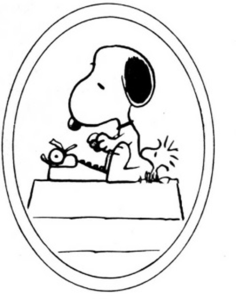 I know I’ve been harping on about the wearying dominance of Grip-Lit/Psychological Thrillers on the market for a while now. But think about it. How many books have you read lately which made you think – ‘Hang on, this isn’t a thriller at all. This is actually a romance, but with a psycho thrown in’? Or ‘That’s not a jaw-dropping twist. That’s a completely ridiculous plot line shoehorned into what could otherwise have been a decent book about narcoleptic palaeontologists’?

I’ve seen so many books lately which appear to have been changed at some stage of the writing process into something they’re not. It’s ruined them. We’re promised something they can’t deliver, purely to force them into our hands – despite the fact that most of us weren’t even looking for whatever that ‘something’ was in the first place.

I can’t help but wonder what it means for their authors. Does it mean a jumpstart to a successful career, or the premature demise of a promising one?

Most of us just want a good story: to disappear into someone else’s world for a while. If all publishers want right now is something easily pigeon-holed into an Amazon bestselling category, then it seems to me that it’s up to indie authors to change the game. But with the likes of Amazon calling the shots on genre shoehorning, how the hell are we ever going to find them?

*  the first time I typed that, I mistyped ‘poopular’, which made me laugh for approximately 115 seconds. I think we can agree this should be an actual word we should all make an effort to use it at least once a day. You’re welcome.

← An Unfortunate Break-Up With My Brain
If Amazon Isn’t A Monster, Then Who Is The Publishing Baddie Under Our Beds? →

140 comments for “Is Amazon Changing How We Write Books, As Well As How We Buy Them?”

© Tara Sparling, 2013-2020. Unauthorised use and/or duplication of this material without express and written permission from this blog’s author is strictly prohibited. Limited excerpts, original images and links may be used, provided that full and clear credit is given to Tara Sparling with appropriate and specific direction to the original content.
Lookit. Would you ever just go and make up your own stuff, if you’re able.