This week’s post is brought to you by the letters “WTF” and the news that 5 out of the current Top Ten Amazon bestsellers are colouring books… for adults.

Now, I’ve nothing against colouring books for adults: in fact, I think they’re a bloody marvellous idea. I first heard of them when I came across an article about intricate colouring books as a form of mindfulness therapy. Fantastic, says I to meself: I’m going to get me some of those, just as soon as I stop panicking about important stuff such as squeaky shoes, and dying batteries.

No, the “WTF” part is purely because if so many people are buying these colouring books that they now form 50% of the Amazon Top Ten, I’m wondering what other tricks we’re missing.

Remember when the Harry Potter books were rebranded in adult book jackets, to save grown-up blushes on the train to work? There is a whole market out there for adult kidstuff. And it’s time it was properly opened up.

So with that in mind, here are 5 childish things which could be redesigned for adults, in order to de-stress our lives.

As a child, with our Barbies and Action Men, we played at being anorexic fashion victims and warmongers. Good times! Now that you’re an adult, don’t underestimate the value of role-play. All you need is a doll’s house which is a little more specialised.

Just think of the fun you can have with your Doll’s Office/Factory/Courtroom! Easily customisable to your own place of work, through any number of the 16,000 available miniature accessories, and the scene is set. Throw backstabber Bob under his own forklift! Hang evil Steve from the industrial ceiling by his tie! Smile, as horrible Milendra receives her second written warning from HR! Marvel, as Doll You makes smithereens of the terminally incompetent Boss Doll! Hurrah!

… and that’s a good night’s sleep for everyone. You can thank me later. 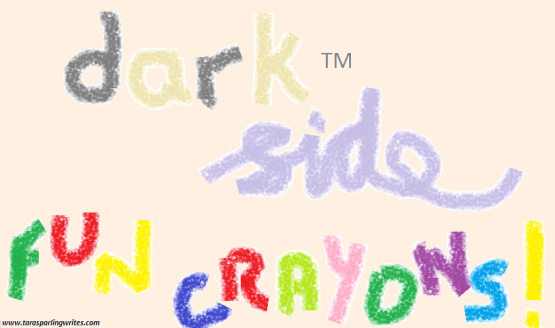 It is an undisputed fact that nothing can ever be taken seriously if written in crayon. Adults therefore can engage in the ultimate stress relief, by writing down their greatest fears – and their very worst thoughts – in crayon.

This special edition comes complete with introductory Beige, Grey and Pastel colours, for those adults not yet ready to write “EVERYTHING IS HOPELESS” in shades of valentine red, kryptonite green and headachey yellow.

A Lego House, made from Lego (lego.com) (ref: Lego)

Special customised Lego kits, filled-to-order based on the size and colour of your own house. Allows adults to rebuild their own houses, brick by brick, thereby feeling like they have more invested in their homes than negative equity and a grim future.

A therapeutic process, which also provides life affirmation through the inevitable Instagramming and Pinteresting of every single step of the build.

Now, there’s nothing wrong with normal playdough. It’s easy to see how adults would get a kick out of making whatever they wanted out of it, be that a voodoo doll, stress ball, or life-sized sheep. Ordinary kid’s stuff might suffice, but we wouldn’t make any money out of that. So we’re going to bring out a new range of light-reflecting playdough in the nuanced shades of the Farrow & Ball paint colour card (which will therefore be subject to seasonal change, thereby increasing sales. Yay!).

Everything’s OK Dough™ is toxic, and therefore not suitable for children, but it’s beautiful, so who cares?

Again, there will be a rash of Instagram posts as people pretend that it only took them 30 minutes to make that near-perfect replica of a Bonsai Tree. And, even though it actually took them 5 hours every night for a whole week to make, they forgot all their troubles while doing it… so everybody wins.

Whoever invented the paintbrush was the greatest killjoy ever to grace adulthood. There is nothing better than mixing things with your hands, be that a cake; sausage stuffing; soil in your garden; or good old dollops of blue and yellow.

Anxious? Streak that red right through the purple. Sad? Liven up that murky green with a massive squeeze of white from the tube and get to work. And we’ll make besquillions by selling acrylic finger paints which are both textured, and guaranteed not to ruin your expensive acrylic manicure.

So, there you have it, folks. An accessible alternative to expensive therapy. ™

What would you like to come back from your childhood, to soothe your troubled and jaded mind?

* Note on Trademarks ™: I’m kidding. None of this stuff is trademarked, to my knowledge. But it should be, right?

49 comments for “Child’s Play: 5 Ways To De-Stress Adults And Make Tons Of Money”