I was spending valuable intellectual time browsing Twitter yesterday when I came across a big surprise: an intellectually useful article. You don’t often find something intellectually useful on Twitter (well, unless you’re browsing my feed, obviously, etcetera, hashtag sellout) but I stumbled upon it in the usual Twitterish fashion – i.e. by complete accident and despite my best intentions. 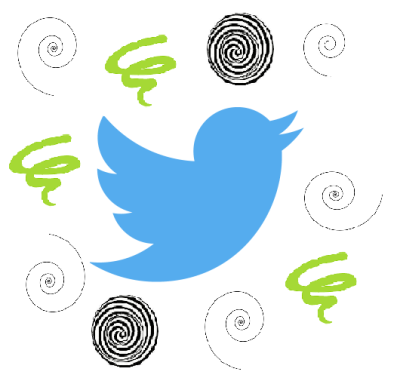 I only found this article because it was written and shared by one of my girl crushes. Now, it’s not like I pretend to be focused and coherent most of the time, but I really am going to digress here by talking about my girl crush problem, so you’re going to have to bear with me for a few paragraphs.

You could call it straightforward admiration for accomplished women, but that doesn’t explain why I can’t stop looking at photographs of them wearing different outfits or facial expressions, so I’m just going to go with a purely shallow crush here.

This particular crush goes by the name of Caitriona Balfe, an award-winning Irish actress who’s currently kicking so much ass not only on the show Outlander – (Starz, Amazon Prime, More4, RTÉ 2, in case you’re wondering) but also through various other extracurricular activities such as activism, advocacy, the odd newspaper article, and eternally savvy jocularity on social media – it’s a wonder she hasn’t been hauled back to Ireland to be branded with “MADE IN IRELAND” together with luminescent harps on 45% of her rather lovely skin. (Like any small country, we do like to own successful famous people.)

Caitriona Balfe at the 2018 IFTAs. I was at the IFTAs in 2017. WRONG BLOODY YEAR. Image from evoke.ie

Anyhoo, this is a very long-winded way of saying that she wrote an article about a book which was published in the Irish Times and shared by her on Twitter, so I read it.

That book was Grace by Paul Lynch, currently the Irish Times Book of the Month. It’s about a 14-year-old girl during the Famine (mid-19th century, and always capitalised by Irish people, Because Of The Way It Shaped Us) and has had very good critical reviews. I haven’t read it, but I intend to soon – and not just because my girl crush liked it. I love historical fiction of any kind, but the Famine is fascinating in a peculiarly Irish way, and if you’re talking about beautiful words being thrown at it too, I’m smitten.

But what really caught my eye in the article was something Lynch said:

“I spend months, sometimes years, in complete denial, trying hard not to write the novel I end up writing.”

Yep, I thought. I got me one of those.

Lately, I find myself thinking regularly about an historical figure from almost 1100 years ago, whose story has never really been told. Like many Irish figures from long ago, she’s become part history, part mythology, so it’s impossible to know the truth of her, meaning that the narrative possibilities for this character are endless.

What I do know of her – her multiple strategic marriages, where she lived, and the powerful men whose enduring fame I believe was largely down to her – sows the seeds of a story so rich it could possible spawn a flow as great as that of the remarkable Diana Gabaldon, who wrote the Outlander series (see, I can tie themes together even while mixing my metaphors, I swear).

There are also fabulous parallels with the modern age, and particularly women’s role in Irish society, and how that’s changing rapidly, albeit still with far to go. It’s huge.

But the problem is the work. As I said, it’s huge. I’ve never written historical fiction, and anything set over 1,000 years ago is going to involve enormous research. Not to mention that in order to pull it off in a palatable, legible fashion, it would have to be more than good. it would have to be bloody excellent.

The book I am too afraid to write is set right down there. In that bit.

I don’t know if I want to start, in case I fail. Or perhaps I’m afraid if I start, I’ll stop writing altogether, because if I can’t write that, I can’t write anything else either without admitting I failed. Or perhaps I’m just lazy, or tired, or spending too much time looking at pictures of gorgeous kick-ass women online.

But one way or another, I know the book I’m afraid to write is the only one I should be writing.

So I would like to ask you: what book are you afraid of writing, and why?

Tell me. Get it all out here in the comments section, and perhaps by the end of your comment, you’ll have talked yourself into it, and I can claim credit and take a chunk of the royalties.

Sorry. Did I type that? I must have been distracted by stunningly Slavic cheekbones. I do apologise.

I’d like to end by saying that Caitriona Balfe is not my only girl crush, but she at least remains untainted by the embarrassment of having to know about it, unlike my other girl crush.

This also-Irish actress found herself working with my husband, who told her with unashamed delight: “My wife has a massive crush on you!”

“It’s always the women,” she said, shaking her head, and smiling with the world-weariness of someone accustomed to being told such things by husbands who have just mortified their wives.

← Can Books Compete With Smartphones? Yes, But Only If They’re Smarter
this is just to say →

44 comments for “What Book Are You Afraid To Write?”