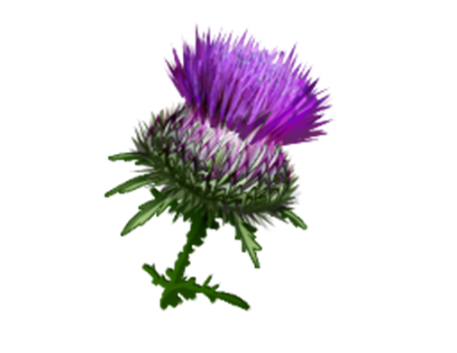 “Please stop spraying lighter fluid on that naked flame, my little pyronymphomaniac,” said Tark, lounging against the Baby Grand in the open-plan concert kitchen of their Dublin penthouse, a post-flight gin and tonic in his hand. He had been expecting his wife to explode ever since their private jet had touched down.  “If a second Damien Hirst goes up, we’ll never be able to claim on the insurance.”

“I know, my darling. I knew that the moment you picked up the banana.”

Mara’s brow furrowed; at least, her eyes turned steely with the determination of her brows to meet in the middle, despite the fact that they could not, and indeed had not, since 1997.

“They didn’t feature me at all,” she said. “Not one picture on Instagram. Facebook, niente. Even Pinterest has shunned me. How can someone making a unique statement in vintage M&S not get pictured at London Fashion Week?”

“But really, did you want to be mixed in with the Great Unwashed?”

“They’re supposed to be unwashed, Tark. Unwashed is the new clean.”

“You shouldn’t be saying anything, Tark! You promised me that wearing actual granny dresses, from actual grannies, would get me the cover of Tatler. And where am I now? Borderline Hello! Magazine. I remember the days when we refused to take their call. How could you bring me so low?”

Tark leapt away from the piano in a surprisingly agile move for such a short, squat man. His wife’s words hit him like weapons-grade botox needles.

He had been so sure. Perhaps that was the problem: a life-long inability to get anything wrong whatsoever had resulted in him becoming complacent.

He fingered the heavy orange frames of his 0% magnification glasses and thought back to their conquest of the Global Retro Vintage Hipster Shabby Chic Ironic Cool Symposium the previous August. Before the arrival of Tark, it had been unheard of for a hairless man to climb to the dizzying heights of such ubiquitously bearded style.

And Mara had been stupendous. Never before had a woman over the age of 25 managed to viciously put down so many former trendsetters. The trail of destruction she left in her wake had coined the moniker for the latest trailblazers on the block – The Scoffingtons – and made her an icon of ageing billionaires everywhere.

He had to rescue their image. He had miscalculated badly with the 70’s florals: he could see that now that the mist had cleared from the two hundred Vapers in the fashion show audience.

It was the shampoo-and-set which had brought it too far.

“Rubber band of my mangled heart, I have done you wrong,” he said, taking her skeletal hands in his. “I am so sorry, my destructive cherub. Can you ever forgive me? I had thought that yet another new royal baby for the crowd over in London, combined with uncertainty over whether or not the Scots wanted to be English anymore, made the resurgence of pro-monarchist Granny Chic a certainty.”

He swallowed. “That lilac wig was a mistake, I see it now, and I have catastrophized your trust in me.” Here Tark’s voice broke with concrete emotion.

Mara’s face softened (in that her eyelids dropped half-way, and her teeth stopped grinding).

“We had to take a risk, Tark,” she said. “I knew that when you handed me the Maggie Thatcher handbag. And I didn’t have to bring the Zimmer frame to the afterparty. Besides, I don’t think you were that wide of the mark. It would probably have gone down a storm in Dublin. It’s just that London wasn’t ready for it.”

“Perhaps Europe isn’t ready for full-on Granny Chic just yet, my fledgling senior citizen,” said Tark. “But I will fix it. I have a plan already.”

“Yes, because we have no time to lose before tonight’s Save The Foxhounds benefit. Quickly, now. We’re going to use the same dress. Go and put it on. Then I’ll tell you.”

Mara fled straight to Dressing Room No. 7 of their Dublin 2 penthouse without further question. She wanted to savour the anticipation. She felt moderately bad for accusing her husband out loud of the Fashion Week faux pas (they had an unspoken agreement to only ever apportion blame in their heads), but as usual, her fleeting moment of guilt was, well – fleeting.

She threw the offending poly blend frock over her head, and fixed its pussy bow in the prescribed lopsided manner. Within two minutes, she was back in front of Tark, who was now lying on his side atop the Steinway.

“You are a vision in brown and purple and red,” said her husband. “But it’s missing a little green.”

With one hand supporting his head, Tark held up his secret weapons in the other. His wife gasped.

“Utter genius,” she said, covering her head with the thistle-print Hermès scarf and tying it under her chin. With a flourish, she then stepped into the bottle-green waders, tucking in any excess polyester (quite tidily, thanks to the frock’s pleated skirt) and hoisting the braces over her shoulders.

“How do I look?” she asked, breathless with excitement.

Tark took a moment to answer, because of the lump in his throat. “Like the Queen at Balmoral,” he said eventually.

Mara would have blushed, if blood hadn’t stopped funding her face some time ago. “Thank you, Tark,” she said, without a trace of her customary sarcasm.

← 5 People From Real Life Who Really Should Be Fictional Characters
Self-Publishing: It’s Not For Christmas →

6 comments for “Tark And Mara Do Fashion… And Scottish Independence”