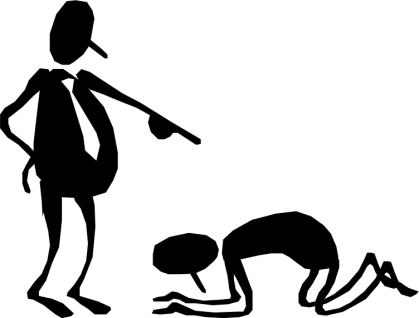 Another day, another Guardian article.

Don’t get me wrong. I love the Guardian’s Book section. It feeds me. But I don’t like it when it makes me feel guilty and ashamed. Especially when they’re right.

Today’s offensive (i.e. read: far too close to the bone) article points out that there is no such genre as “women’s fiction”. The article springs from a great rant by Joanne Harris. There should not be a separately designated genre on Amazon/GoodReads etc for women’s fiction, she says. It is literature. Or it is a book. It is not a woman’s book.

I couldn’t agree more. (Only it’s not just “women’s fiction” that gets this shoddy treatment. It goes for several more so-called genres too, maligned and derided by the Literati.)

And yet, as an emerging author, yet to properly sell myself on the open market, and yet hoping to do so in the near future, I have this desperate, grasping need to categorise myself, like as if it’s proof that I am a part of the industry, yah? Or at the very least, that I understand it, and am worthy of being part of it, begging your pardon, sir. Etc.

I find myself in the middle of cringeworthy, buttock-clenchingly imbecilic exchanges with people I’ve just met, where I am the sole underminer of my own work, whilst simultaneously denigrating the work of others whom I admire greatly.

Picture the scene: I have grabbed 2 minutes with someone after an event they’ve probably chaired. Now’s my chance.

Industry Person: Hi, yes. Tara. I recognise your name from the shortlist for Blah. You write novels?

Tara: (simpering) Yes! I mean sort of. I mean I’ve written three, but none of them are published. I mean, I haven’t actually sent them out anywhere yet. Except for the competitions, but you know about those, ha, ha! But yes I write novels as well as a blog and as well as some other stuff like screenplays and film treatments and oh lots of things really.

Greek Chorus of Writers in Tara’s Head: For shame and for pity, she’s losing the crowd. For the love of self-marketing, this can’t be allowed.

Tara: I spend a lot of time writing.

Industry Person: Quite. But you’ve written three books, do you say?

Greek Chorus of Writers in Tara’s Head: And now comes your chance! There is interest! They listen! Take aim and make target! Pitch your story: your mission!

Tara: Yes! Um, yeah! Well, I’ve written three, but two of them are only first or second drafts, whereas one of them has been redrafted, like, twenty times. But that was my first book, you see, and I think I was really only learning on that one, so I suppose the other ones are more, well, fully formed, although the first one did get long-listed and short-listed a couple of times, which was a total surprise, because I think the others might be better, and the second one was long-listed this year, but I suppose it depends on the market…

Industry Professional: Uh, okay. But what genre are they in? What are you writing?

Greek Chorus of Writers in Tara’s Head: You know this is your last chance, right? You’ve just been thrown your last lifeline by someone who’s trying to help you sell yourself. But we’re pretty sure it’s useless talking to you. We can’t even be bothered rhyming any more.

Tara: I’m pretty sure it’s not chick-lit. But it’s, you know, about stuff which probably women would be interested in more than men. Although maybe not. But I suppose, is that women’s fiction? I mean, you feel silly saying that, because it’s like people think it’s not that great, you know? Ha, ha! But I think it could be great. Like, great fiction which might be read by more women than men but not exclusively because really it’s about men as well… (Gulps.)  Um, did I mention it was funny?

The Greek Chorus of Writers In Tara’s Head are silent. They have expired.

Every time I’m in a position where I have to categorise my writing, I belittle it. And that’s what calling something “women’s fiction” does. When we think of women’s fiction, we diminish it in our heads to scribbles tied to family and home. These are viewed as quickly-written books about romance and doing laundry and baking cakes and raising ungrateful children and the rise and fall of marriages.

But if men write about family, the awkward relationships between fathers and sons and daughters and husbands and wives, it’s literary fiction. It’s born out of the sort of deep thinking which leaves cuts and grazes on the soul. It’s prize-winning. It’s philosophical and clever and bloody important. 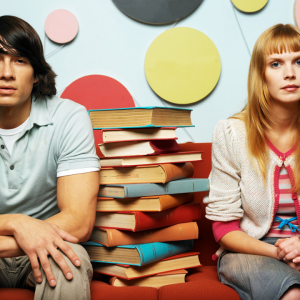 I have to find a better way of describing what I write. And all of you other genre writers out there – the crime, the romance, the horror, the fantasy and paranormal lot of you – we have to stop believing that categorisation imposes any sort of quality stamp on our work. Crime is not less literary. Romance is not shallow or childish. Fantasy is not formulaic. Genre fiction is not a stereotype, nor is it less inventive than literary fiction. And as writers, we are not women and men. We are just writers.

If we want to sell, we have to categorise. But we could also help each other to learn how to pitch it better.

← C’mon, Writers! 5 Reasons To Ditch The Rivalry
Up Yours, Literary Fiction →