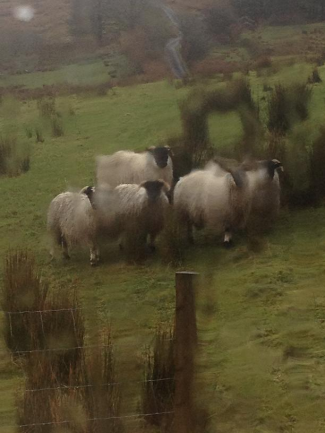 The sheep know a fraud when they see one

Tell me. Have you breathed any air, lately? Got up in the morning? Smiled, any time in the last 6 weeks? Yes? Well, pull up a pew, then, because you need to listen to this.

I don’t want to be the girl who cried wolf, here, because that could possibly ruin my cheap and nasty reputation; but I have just realised something, and it would be remiss of me not to make you all listen to it. (This is an extremely serious matter, so pull your chair a bit closer, there.)

An extremely dangerous virus has reached our shores. And the future of Irish writing is in jeopardy.

A dangerous streak of optimism (Futurus Maximus) has been spotted in certain pockets of the country where it had previously  been entirely unknown (mainly Leitrim and Louth; but also any county with a vowel).

Certain mutations of this strain of optimism have been known to wipe out entire waves of success in golf, stand-up comedy, football, big stadium bands, rugby, and river-dancing. And lately, it has been licking at the fringes of Irish literature.

I myself came down with a woeful bout of it, last weekend. At one point, during the Blog Awards, I was wearing a permagrin you could have strained soup through. On Sunday, I was heard singing in the shower (Spandau Ballet, I believe it was).

The problem is, I haven’t been able to write a thing since. 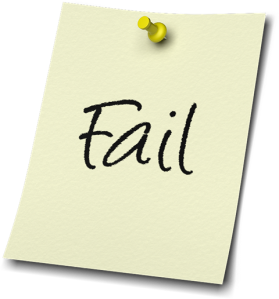 What is an Irish writer, without misery? What is literature in this country, without downtrodden, hopeless, damp, grey and scabby existences; without hope of salve or salvation? Where would all our greatest writers have been without the pestilence of addiction, poverty, desperation, anger, bitterness, along with the tendency to pretend that things are worse than they are, and that they care less than they actually do?

They’d be on the slush pile – that’s where. A thousand literary giants lurking on desks, never to be published because nobody wants their stories of bunnies and kittens and empowerment and enlightenment and happy childhoods and fulfilling careers, that’s where. Sure, half of them wouldn’t have written a word in the first place. They’d have been too content.

Generations of great Irish writers have successfully combined a putrid existence with ironic irreverence for misery in order to produce great works of art. They knew where the money was (it was in poverty. Or failing that, pugilism), and they followed it. And all the best writers had dank tales of denigration. Real success didn’t sit well with them at all: no sir. Great accolades were welcome only after death.

But with all this talk in the country of positive economic outlook and new jobs and hopes for the future; what with this making people think they might be on some sort of creative right track by handing out awards willy-nilly to bloggers from the West of Ireland without so much as a thought for what it’ll do to their genetically ingrained pessimism, we can kiss goodbye to artistic success.

This is what success does to Irish writers

You mark my words: unless someone dunks this country under a cold shower very soon, there will never be another Irish Costa or IMPAC winner, Hozier won’t take over the world like we planned (thus wasting three years’ hard graft by six government quangos, and Bono), and the Football Association of Ireland will be forced to join up with the Faroe Islands in order to field a team. And I won’t be able to write another word.

Oh, there’s the rain, now. Batin’ off of the window like a long grey streak of pain. Thank God.

← I WON AT THE BLOG AWARDS! And, um, this outfit happened
Unbelievable New Tax Reforms For Writers in Ireland →