This is me, with my abnormally huge head and skinny little legs

The Irish government issued its annual budget on Tuesday. In it, there were plenty of teeny-tiny measures to please almost everybody just a teeny-tiny bit, but nothing targeted at the artistic community, or at writers in particular.

I reckon the government missed a trick here (particularly if, as I suspect, every second person in this country is writing a book; the other 50% are too busy grappling with real life).

With that in mind, I put my nerdy numbers hat on, and came up with a few schemes they should have included for booky types.

In the normal scheme of things, to be resident in Ireland for tax purposes, you must be in the country for at least 183 days a year (unless you’re Bono). This requirement will be reduced to just 60 days for multinational writers, throughout which accommodation and meals will be provided, free of charge, in former hotels and closed-down Garda stations.

Once tax-resident in Ireland, writers will be eligible for a net effective tax rate of just 5% on all royalties earned. If royalties exceed €100,000, the rate will decrease to 4%.

If a writer (Irish or otherwise – for equal opportunities purposes) bases a book in Ireland which features at least three drunk men, an extremely short person, some flat caps or a thatched roof, they will qualify as an Irish resident for tax purposes and be eligible for the royalty tax discount rate of 5%.

If they agree to appear on both Irish weekend TV chat shows and be photographed with the Taoiseach, they will be in net receipt of tax, and the Revenue Commissioners will present them with a cheque for €30,000.

If a writer’s book is adapted for the screen and the film is subsequently shot in this country (and the writer agrees to appear on both Irish TV chat shows and be photographed with the Taoiseach), they will become resident in Ireland for tax purposes. This will make them eligible for the royalty tax discount rate of 5%, unless royalties exceed $500,000, in which case the effective rate will reduce to 3.5%.

With this in mind, the Irish government will offer tax residency status in Ireland to any self-published author who has managed to learn how to format their own book for Kindle, which will make them eligible for a royalty tax discount rate of 4%. 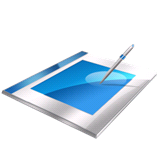 You’ve heard of the Double Irish tax hoopla which the Irish government dispensed with this week, meaning that naughty foreign companies must eventually stop exploiting certain loopholes which get Ireland’s bottom smacked every time we come back inside from the playground at lunchtime.

In the Triple Irish, any multinational writers earning over $1 million per annum will get a free Irish passport and a 2% effective tax rate on royalties if they base themselves in Donegal for 2 weeks of the year. If they also squeeze in a fortnight in Clare and a book launch in Limerick, they’ll get a 0.5% flat rate of tax, and a lifetime supply of brown soda bread and black pudding.

Right so, I’m off to Leinster House for a meeting. Thank you for listening; feel free to leave your own suggestions for tax reform or further budgetary measures below.

*Postscript: Did anyone notice what happened following my last post warning of the dangers of optimism…? Did they? Well, no sooner had I intervened to save us all from the forces of positivity, and the knock-on prospect of football failure, than Ireland managed to draw 1-1 with World Cup holders Germany! Sometimes I surprise myself, I really do. You can thank me later.

34 comments for “Unbelievable New Tax Reforms For Writers in Ireland”