When we think of book bloggers, we usually think of those hard-working bookworms, constantly eating books and digesting them (ew) into reviews, eager to fertilise common folks looking for their next read*. Most of these bloggers get through books at a rate which would strike the fear of Blog into any student of literature. I am in awe of these people, and not just because of how hard they work at their reviews, even though that is a very awesome thing.

I’m truly in awe of them because of what they’re constantly putting on the line: themselves. Because the bigger they get, the more they’re in the line of fire.

There are always a few readers who don’t get my sense of humour, but I don’t mind that. I just file them in the same place I file my ‘List Of People To Be Fed Entirely On A Diet Of Kale Yoghurt When I Am President Of The World’, and pour myself a pint of Vengeful Vodka (or Rancorous Rum, if I’m on my holidays).

The Numbery Bit: Wait! Don’t Run Away! Come Back!!

Books are a niche sort of thing. For starters, despite all the news stories about millionaire best-selling authors, or book deals worth seven figures, a surprisingly small number of the general public actually buy or read fiction.

When you consider that over 64 million people live in the United Kingdom, for instance, but that in order to reach the Sunday Times adult fiction bestseller list, you may only have to sell less than 10,000 copies of your book in a week, it’s shocking how few books are actually sold per head of population.

A Pre-Factual Graph For A Post-Factual World 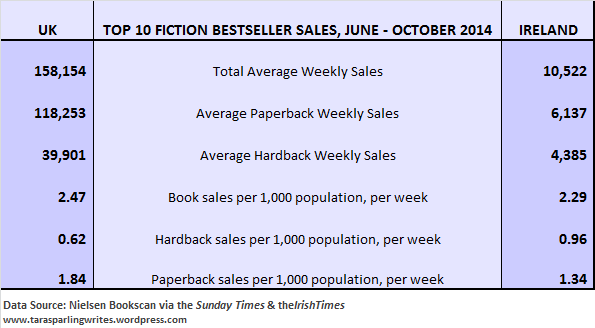 What I mean by all this numbery stuff is that people who regularly read fiction are actually a very small percentage of the general population. Furthermore, people who read enough fiction to become recognised reviewers are an even smaller percentage of that population. And finally, Irish book reviewers exist in a gene pool so minuscule that they’ve almost certainly had a drink with the person whose book they’re trying not to say anything overtly negative about.

These grassroots book bloggers generally become well-known. They are courted by publishers, feared by authors, and trusted by readers. But with that power comes another by-product. Judgement.

I See You, Therefore I Judge You

And oh, my, do book bloggers get judged. They are good or bad, depending on which side of the fence you’re on. And when they say something negative, they can get savaged.

There are very few trusted reviewers whose opinions I will pretty much take without question, because from reading their reviews over the years, I believe that their opinions surf very close to my own. If they like a book, I’ll probably like it too. If they don’t, I’ll probably end up hopping it off the wall at some point involving ridiculous plot potholes, or some sort of cliché or grammatical abuse which makes me want to claw my eyes out. 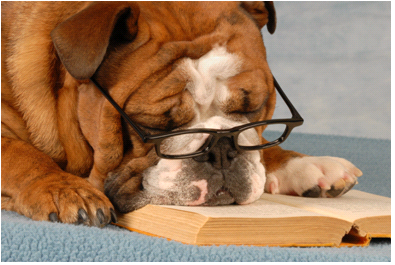 But while my feelings about these reviewers are overwhelmingly positive, this means that two other interested parties are often unhappy: namely, authors who get a negative review, or their publishers.

Ah, Come On, Tara. What’s This Got To Do With The Title Of This Post?

So there I am, standing on the sidelines, reading loads of books, and watching reviewers get derided by overly interested parties for having their own opinion. And in the meantime, I’m flinging opinions about all over the shop, and rarely if ever getting any flak for it.

But occasionally, someone will smile innocently at me, and utter the dreaded phrase…

“So, can you recommend a good book I can read on my holidays?”

…and my heart (yes, I do have one) sinks. Because I’m generally speaking to someone who has little spare time; one holiday a year, if that; crippling exhaustion, and a doctor’s prescription for escapism. They want me to recommend something to fill that precious time. And I’m bound to foul it up.

This Is Why You Shouldn’t Ask Me To Recommend Anything

I’ve recommended books I fell deeply in love with, only to see a shifty look in someone’s eyes when I see them again, as they wonder why they ever spoke to me at all, and make a mental note to never, ever, ever read anything I write.

I’ve seen fear, as someone who took a book recommendation from me wonders if there’s a constitutional obligation to report delusional people from the West of Ireland.

I’ve seen disappointment. Deep, aching disappointment in me, a book blogger who doesn’t even blog about specific books, and yet holds herself up as an Opinionator, a denizen of Lit-Land, who can’t even recommend a suitable read to some poor soul trying to relax in what might reasonably be described as a chair.

And on one notable occasion, I even saw rage. That recommendation ended up in an ugly altercation involving paper cuts and a mud-wrestling pit in Slovenia. Ermintrude, if you’re reading, it was a beautiful friendship before that, and I’m sorry.

The Obligatory End-Of-Blog-Post Call To Action

So can we hear it, please, for the real book bloggers? The tried and trusted bookworms who aren’t afraid to say what they think, come what may?

And can we all agree that asking me for a book recommendation is like asking a pot plant what they like best about lawnmowers?

*   Editor’s note: get new metaphor. Worms will never catch on

**  Editor’s note: when I said get a new metaphor, I didn’t mean following a gardening metaphor with sport, military, and marine metaphors in quick succession. Learn how to write, woman

← Uh-Oh. There Goes Dignity Again. VOTE FOR MY PANTS
10 Classic Novels Marketed As If They Were Published Today →

72 comments for “Please Don’t Ask Me To Recommend A Book To You. It Will Only Hurt Us Both”