I didn’t put out a blog on Sunday, because I was in Wicklow. Which is very pretty. Look. 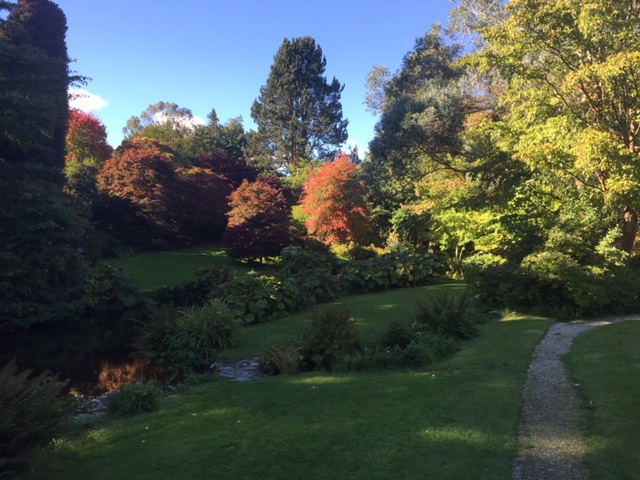 No, I mean look, really. Isn’t this feckin’ gorgeous? 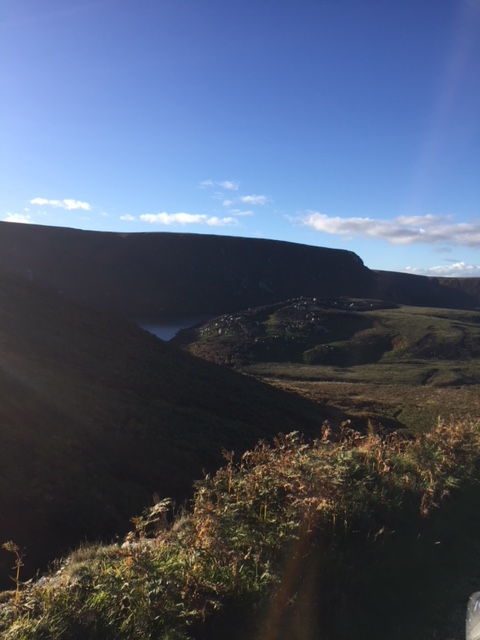 This is also somewhere in Wicklow

While whizzing through what’s known as The Garden of Ireland, I had some thoughts. Wicklow is very famous in Ireland not just for tourism, but because the film industry tends to hang out there 98.7% of the time. For instance, if you were to ask my filmmaking other half where his office was, he would say “Wicklow.” “Oh, where in Wicklow?” you might probe. “All of it,” he’d answer (perhaps a little smugly).

The reason for this is because you have all types of landscapes in County Wicklow, often side-by-side and in stark contrast with each other. Heather-lined mountains and steeply slanted valleys; trickling streams and thundering waterfalls; country castles and concrete terraces; century-old gardens and snowy mountain crags; seaside promenades and virgin forests. It’s got everything you need to film anything, basically, other than a major city, and even then you’re only 30 minutes from Dublin with a tailwind (and without a commuter pileup on the M11).

Anyhoo, Wicklow is a successful tourist spot and filmmaking hotbed, I thought, because of its contrasts. And that’s what any successful creative project is, too. Be it a film or a book or a TV show or a painting, it has to have contrasts which lift it out of the mundane.

The books and TV drama which hook me always have a balance of light and dark. The best comedy always has a few sad bits to balance out the humours (remember Del Boy taking the punches for Rodney around the time of his little brother’s wedding in Only Fools and Horses?). The very best tragedy always gives you something to snort coffee/wine through your nose at, if only to relieve the tension that’s been killing you otherwise (as just demonstrated by a masterful TV adaptation of Patrick Melrose). 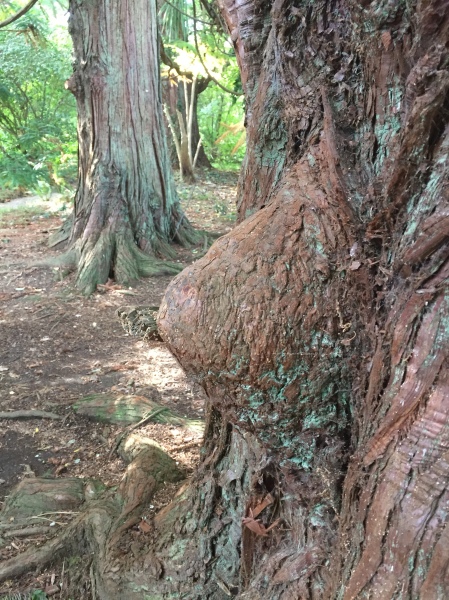 Similarly, the best books have always combined some sense of impending doom with moments of witty dialogue, light-hearted celebration and sometimes, downright slapstick. This is why I like epics and historical fiction so much: it’s because there’s room for all that and more besides.

But I wonder why lots of major creative production teams don’t seem to get this. A painting or a book I understand, because they’re generally a one-person project, and it’s hard to balance out the humours sometimes when you’re the last person who’s going to understand the effect of your work.

But TV shows and films involve tens or hundreds of people, including script editors who are not supposed to be the same people that wrote the scripts. Sometimes an entire team of people can miss the need for light and shade.

I’ve lost count of the number of TV shows I’ve abandoned because I got no joy from watching them. The lack of joy is usually never because it’s tragic. It’s because it’s lacking contrast, and you’re stuck with just one feeling all the time: of foreboding, of impending doom, or even impending boredom at a rom-com that’s just one tired cliché rolled out into a hundred smaller, half-assed stereotypes.

A while back, I did a couple of pieces after a run of particularly black comedy on Channel 4, some of which made me feel like I needed to wash the murk off myself afterwards. Some comedy is just too black. Similarly, some drama is just too dramatic. Froth can be too frothy, romance can be diabetic, and thrillers can turn into snoozefests because the characters are too predictable for us to care about what happens to them. 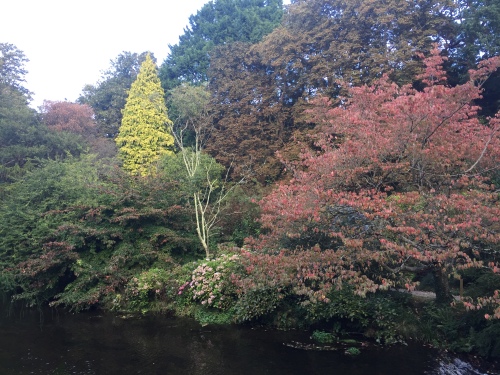 More Wicklow. I mean just lookit. Pretttttty, even when the sun isn’t shining on it. But wait – what’s behind those trees??

It’s all the fault of the really good drama, to be fair. If we didn’t have really good books and films, we wouldn’t notice the bad ones so much.

Killing Eve is a case in point. I recently started watching this murderous thriller romp, marvelling at all the little touches which were inessential to the plot but make it both entertaining and real (an assassin taking time out of her busy killing schedule to ruin a child’s ice cream treat! A foul-mouthed old French woman!). You smile, then your mouth drops open at the unabashedly violent death of a little boy’s grandfather. One to watch with all the family, obviously.

Unfortunately, Big Little Lies and Killing Eve made me think of all the other shows I’d watched that failed in that respect. There was Penny Dreadful (filmed, incidentally, in Wicklow) which, despite a cast of thousands of recognisable creepy figures from popular culture, managed to kill off Ferdinand Lyle, their one and only source of comic relief, far too early in what was in the end a very abruptly limited run.

The Affair was another one I stopped watching after one series, realising that I had not even cracked a wilt of a smile once in the entire run. Its doomsaying thematic meant I had endured it, not enjoyed it. Even real life is not that gloomy all of the time.

Anyway, one of the first things I learned in the study of English Literature was the concept of catharsis. It seems like a lot of today’s screenwriters could do with going back to school. Just a thought.

In other news, I have been Finalisted in the Blog Awards – imagine that! 5 years in a row! I’m either getting something right, or something very wrong. Given my propensity for black comedy, I’m not taking any bets.

Anyhoo, it’s for the Books & Literature categories, and the Best Blog Post, for this post here – 10 Exciting New Ways To Get Offended Which Didn’t Exist 10 Years Ago. I’ll keep you – wait for it – POSTED as to how it goes. BOOM! BOOM!! 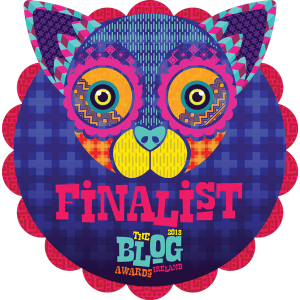 43 comments for “Light and Shade: The Key To Writing Success”