As I will be far too busy at the end of the year defending my world heavyweight title (but that’s enough about diets), writing tweets for post-impeachment politicians and smugly reading fan mail, I must once again get my annual review of happenings in the booky world out of the way in January, before any of it has actually happened.

Call me NostraSparlus, but I think some of you were hoping, after my apocalyptic prescience in the shambles of a year that was 2016, that I might abandon this little routine. Either that, or I would perhaps resort to predicting something a bit nicer for 2017.

Well. You should have known better. And it’s not like you visit this blog for sunshine and fluffy bunnies anyway.

So without further ado, please pass the smelling salts, and read on.

The Mind, Body & Spirit industry was deemed to have finally eaten itself when Unhelping Your Self: A Detox Guide hit the #1 spot in the bestseller lists. This self-help book for self-help addicts promised readers it could wean them from self-help in six weeks.

Big Publishers declared that they were no longer accepting Instagram streams as subject matter for books after February 2017, causing a mass stampede as Instagrammers trampled each other to death in a bid to get their photographs into hastily-captioned coffee table books before the deadline. Fortunately, this weeded out quite a few. The remainder were corralled into mirrored cells with a selfie stick and a notebook, and told not to come out until they’d written one complete sentence that wasn’t about themselves. 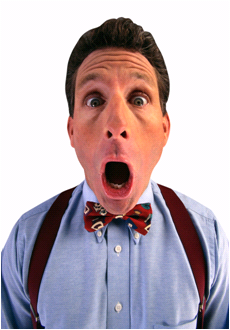 The spate of celebrity deaths in 2016 led to intense surveillance of all surviving celebrities over the age of 62. Elton John became the most hacked man in the world after 35 million people hacked in to his fitness bracelet, hoping to be first to break the news on social media at the first sign of any fluctuation in his vital signs. A scramble for rights to final autobiographies resulted in highly visible punch-ups between desperate editors outside celebrity residences in London and LA.

Fiction made a brief rebound when the independently-published book This Is Not A Story won the Pulitzer Prize. This no-frills account of a man who buys a newspaper and reads it cover to cover while eating a sausage roll was declared “the only truth capable of healing the post-truth society” by the Observer; “a masterful deconstruction of the self” by the Times Literary Supplement and “the vanguard of Non-Fiction Fiction, a new genre for our age,” by the New York Times. A small cohort of book bloggers called it “a bit boring”.

Plagiarism was the word of the month, when 67 mass market paperbacks were published in May with covers featuring a woman in a red coat walking away down a road through a forest holding an umbrella. Lawyers were declared the big winners in the legal disputes which followed, as each publisher vehemently denied copying the original cover for the smash bestseller Generic Psychological Thriller Firmly Marketed At Generic Women.

Film/book tie-ins were turned on their heads when several paperback fiction titles were released in June  based on films which were not originally based on a book. The trend caught on quickly, with book deals soon in the offing for every film with an original screenplay which had made a profit since 2014. “I don’t know why we never thought of this before, it’s a bloody goldmine,” said one industry insider.

Fans were devastated when The Biyble, Kanye West’s ghost-written book featuring 66 pages of short fiction, turned out to have been written by West himself. West refused to explain his motives during a 14-hour rant at a concert in Colorado, which immediately entered the Guinness Book Of Records as the longest rant by Kanye West to date.

September heralded the rise of what became known as the ‘Spoilers’ craze, when authors rushed to create trustworthy and believable voices in fiction (soon nicknamed the “Reliable Narrators”), all of whom revealed their secrets to readers at the very beginning of the book, thus rendering endings unnecessary. Marketers needed little encouragement to package these books as a perfect solution to the modern attention deficit.

The race to find the defining 2017 lifestyle trend was declared over with the simultaneous release of 23 titles from major publishing houses with the word “granny” in the title. Top of the list were Granny’s Recipes For Happiness; How To Be Happy, or A Year With My Grandmother; If Your Granny Wouldn’t Recognise It Don’t Eat It; Happiness Is A Warm Granny, and the runaway smash, Your Life Is Shit And Granny Knows It.

Non-fiction sales outnumbered fiction sales 4:1 for the first time since the 19th century. The Guardian was first to name the trend in an article called “Books For People Who Don’t Read Books”. Topping the charts were the hardback-bound shopping lists of reality TV stars, which outstripped sales of Devoida Talent’s surprise hit You Too Can Have My Fabulous Life (If You Claim You Suffer From Depression Sometimes But Feel Better After A Walk Or Maybe Doing Some Cute Crafts).

Nobody was more surprised than Tark and Mara when they landed the biggest book deal of 2017 following a bidding war for their memoir, Read Us And Weep. They dismissed rumours of a seven-figure advance, with Mara reported as saying, “As if we’d settle for such a pittance.” They promptly fired Tara Sparling from her position as Slave Scribe on Christmas Eve, stating “We tolerated this pitiful woman for long enough, but including us in her yearly predictions is an utterly vile example of self-serving nonsense, even by our standards.”

Right. That’s it. I’m off to talk to my lawyer. See you next week.