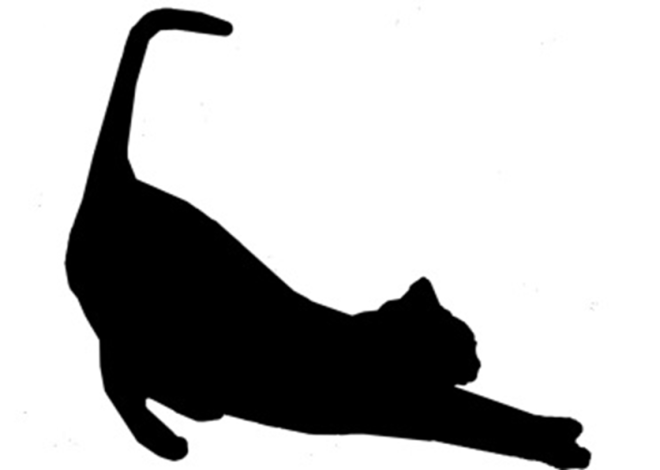 Some friends make recommendations I trust implicitly. But there is one thing I am certain of: many people do not like what I love. I said before in Please Don’t Ask Me To Recommend A Book To You, It Will Only Hurt Us Both that I find it a perilous business, recommending books. I frequently find myself apologising before I’m even aware my mouth is open.

Me: Oh, yes! Good grief, yes. Gave me tingles. Kept me up until Stupid O’Clock. I LOVED this book. Best book I’ve read in ages.

PEF: The book you loved! What’s the name of it? Who’s it by?

Me: Um, well, now that I come to think of it, it wasn’t that great. I mean, it had [insert potentially uncool factor] in it. I don’t normally like that kind of thing.

Me: Actually, it was kind of crap. I think it was just the mood I was in at the time.

PEF: But you said…

Me: I’m sorry I even mentioned it. It was terrible. You’d hate it.

The reason for this is because books, like cats, are governed by conflicting theories in quantum physics. (Warning: dodgy scientific analogy alert.)

A book is an instrument of infinite potentiality because before we read it, it exists in infinite states of success or failure. Before we read a book, it could be the best or the worst we’ve ever read: we don’t know yet. But once that book is read, it remains forever in the state in which our opinion settled. People don’t go back to a book they loved and suddenly hate it, or vice versa. It is fixed in one state of being liked or not.

So an unread book could be said to exist in multiple universes; governed by all the potential scenarios which determine its end condition of being liked or disliked. But its end condition, much like an unfortunate cat in a poisonous box, depends on factors other than just the book.

These factors are taste, mood, and time. Rarely do we find the perfect book when we’re in the right mood and have uninterrupted reading time. There might be a scenario where the book is really only okay, but I have time and I’m in the perfect mood to like something. But in another scenario, a perfect book is placed into my hands when I’m competing for Miss Truculent 2017 (I want that sash), and possibly delicious characterisation and prose disappears into the chasm of my bad moodiness.

We got physical, now it’s time to get mathematical

The point is that a book has more ways to succeed and fail, than merely selling or not selling.

Recently a friend recommended a book to me, citing actual honest-to-Blog shock twists, even accompanying me into a shop to buy it. She spend the next few days in a paroxysm of guilt and fear that I would hate it and blame her forever.

As it happened, I liked it so much, I ended up telling other people to buy it. But it could as easily have gone the other way. The book had a McGuffin I know some people would HATE. The fact is that all the stars aligned for that book. It was a weekend, and I had nothing on; I was in good form; it was to my taste, and had been recommended by someone I trusted. Every success factor was satisfied. But how often does that happen?

So Maybe I’m Just Not That Into Your Book. So What?

It’s a miracle that books are liked enough by anyone to be recommended to anyone else ever, given all the conditions outlined above necessary to lead to that rare state of book love. Equally, whether or not I liked your book is completely irrelevant to the quality of your book, particularly if it’s the type of thing which isn’t generally to my taste (for example, I’m not mad about extremely technical science fiction set in space, or books about soldiering).

Yes, it’s a cat in a bowl of shamrock. No, I don’t know why either. But I’m Irish and it’s a cat, so, you know, relevance

Before e-books, authors only heard from readers who liked them. They met them at readings, or heard from them by fan mail. People who did not like their books did not speak to them, or seek them out.

Nowadays, authors are subjected to numerous reviews (or attacks) from people who did not like their books, as well as those who did. Most authors (if they’re human) become fixated by the negatives.

But what I or anyone else think of your book is just not important. I know it’s hard not to take personally (and impossible if you’re actually being trolled) but there are only two instances when bad feedback should be taken into account. The first is if you have a niggling feeling that the feedback is correct. The second is if you did not get your book edited or produced professionally.

In the former instance you should seek a second opinion.

In the latter instance, if you think that publishing a book without it being professionally edited or produced is the best course of action, I’m afraid nobody and nothing can help you, and we can have nothing more to say to each other.

And now I press ‘publish’ on this post. I move from a state of unlimited potential into a fixed state of like or unlikeiness. Be gentle. Your comments determine my quantum state of Internetiality.

This may all have come about because of my latest post on writing.ie,  where I had a conversation with some unloved books on my shelf which are VERY quantum. Go and have a look (if you’re the sympathetic type)

← If Amazon Isn’t A Monster, Then Who Is The Publishing Baddie Under Our Beds?
There’s An Indie Publishing Gold Rush, And Guess Who’s Making A Killing? →

86 comments for “What Do Books And Potentially Dead Cats Have In Common?”